Ben James, 20, has worked at Tompkins Joinery for four years, starting as a work experience student there before going on to complete his apprenticeship and achieve NVQ Level 3 and Diploma Level 3.

He has already completed a few high profile projects of his own, including the joinery for Dallas Burston Polo Club, the prestigious polo ground based in Southam, Warwickshire.

It is probably unsurprising that Ben has done so well at Tompkins, as he has been mentored by Tom McKillop, another outstanding member of staff at Tompkins who was the inspiration behind the BWF’s award-winning ‘Wow I Made That!’ campaign to attract more young people into the joinery industry. Ben also said he took inspiration from his grandfather, a handyman who was always creating things out of wood.

Ben is a genuine high achiever. Although he didn’t enjoy school, he became Deputy Head Boy, and he also now coaches an Under 14s football team as well as helping to run and raise funds for the Gary Barton Memorial Trust, a cancer charity set up in memory of his uncle.

Andy Tompkins, owner of Daventry-based Tomkins Joinery, said: “If something needs doing, Ben is there. He gets in early to start work and stays until the job is done. Attitude is everything, and Ben’s approach to his work is simply excellent.”

Dave Campbell, manager of the Woodworking Industry Training Forum (WITForum), the training arm of the BWF, said: “Ben has produced some very high quality work for someone at apprentice level, and he is regularly stepping up to take full responsibility for projects.

“Apprentices like Ben are the jewel in the crown for British joinery manufacturing and woodworking.  Our industry has earned one of the best reputations for training across both the construction and manufacturing sectors. Year after year, supported by the CITB, we consistently rank first or second in construction for apprentice numbers and the claiming of grants for training. We fully expect to see more rising stars like Ben.

“If something needs doing, Ben is there. He gets in early to start work and stays until the job is done. Attitude is everything, and Ben’s approach to his work is simply excellent.” 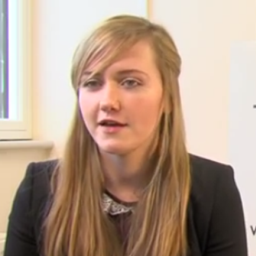 We got very little advice about apprenticeships at school. We were made to think they were just for plumbers! I’d no idea you could do an apprenticeship in Business Administration.